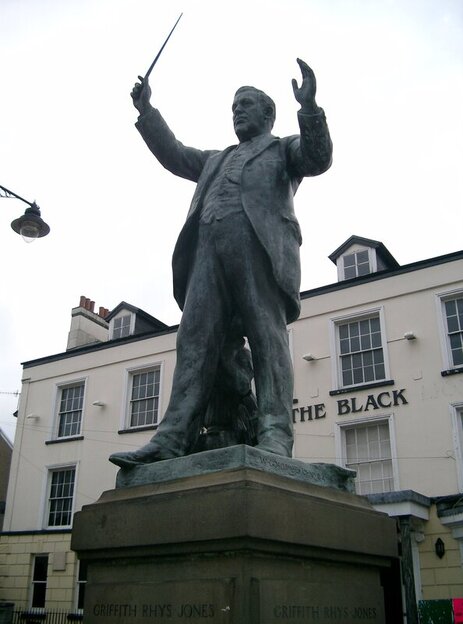 ​Every resident and visitor to Aberdare will be familiar with Caradog (Griffith Rhys Jones). His statue stands in the centre of the town, and has dominated Victoria Square since 1920

A former blacksmith at the Llwydcoed ironworks, Caradog was an accomplished violinist, conductor and choral leader. When, in 1872, a virtuoso mixed choir was created in South Wales to compete at the Crystal Palace, London for a One Thousand Guineas Challenge Cup, Caradog was chosen to train and lead it.

The members of that choir, the Cor Mawr, came from across South West Wales - Llanelli, Neath, Merthyr, Rhondda, Pontypridd -and, of course, Aberdare. Aberdare was the choir headquarters, its chairman, treasurer and secretary were all Aberdare men, and the largest number of singers (150) were from Aberdare.  Many rehearsals were held in the town including the final rehearsal.

The competition was held at the Crystal Palace in  July 1872, and the One Thousand Guinea Trophy was brought home to Wales. Today, it resides at St Fagans National Museum of History and is on permanent display as the "Caradog Cup"
Caradogfest 2022

July 2022 will mark the 150th anniversary of the epic achievements of Caradog and the Cor Mawr. To mark the occasion, a 400 strong choir from Aberdare will be drawn together, recreating the epic performance of the Cor Mawr at Library Square, Aberdare. The event will also feature massed children's chorus, brass band and guest soloist

Taking place on the weekend of July 15th to 17th, the full DRAFT schedule of events is as follows:

​It is planned that the choirs will assemble at St Elvan's, before then processing down Church Street, and across High Street toward Aberdare Library. The procession will be led by Llwydcoed Band, followed by the Massed Children's Chorus, and then the Cor Mawr

On reaching Aberdare Library, the procession will then divide, with the band and children's chorus processing into Library Square, and the Cor Mawr processing behind the Library, forming up in a standby position in Library Car Park 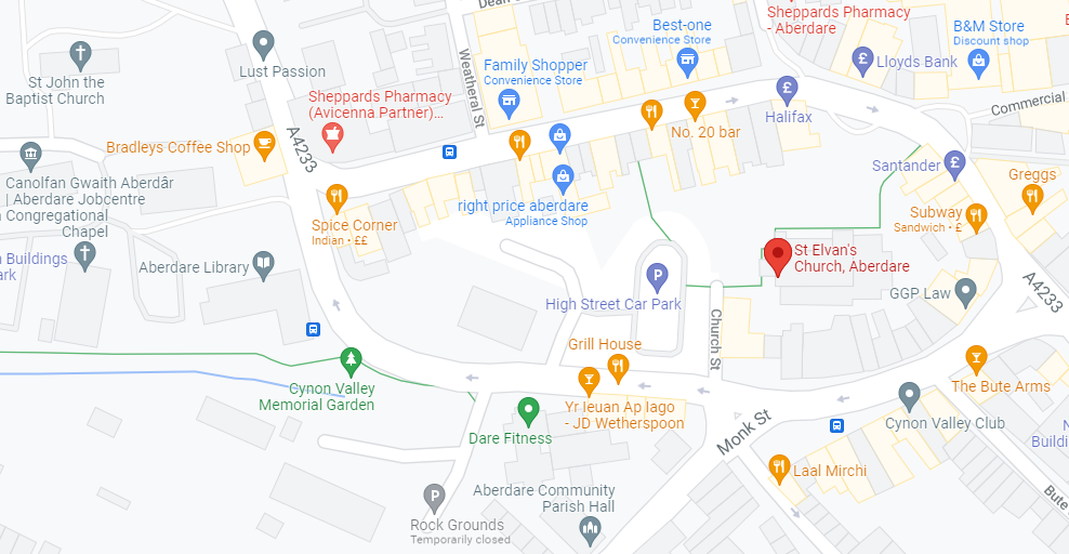 Following the Procession, the Massed Choir will assemble behind the rear of the Library in a standby position. The brass band and children's choir will continue past the Library however and then wheel left into Library Square, the band taking up position in front of the Library and the children taking position on the permanent platform there

The children will perform a short 10 / 12 minute set, following which the band will cover the transition between choirs. The children will reposition to a seated location at the front of the seated audience, while the Massed Choir then take position on the platform. The Massed Choir will then perform their own set, before being joined by the Guest Soloist to close the performance 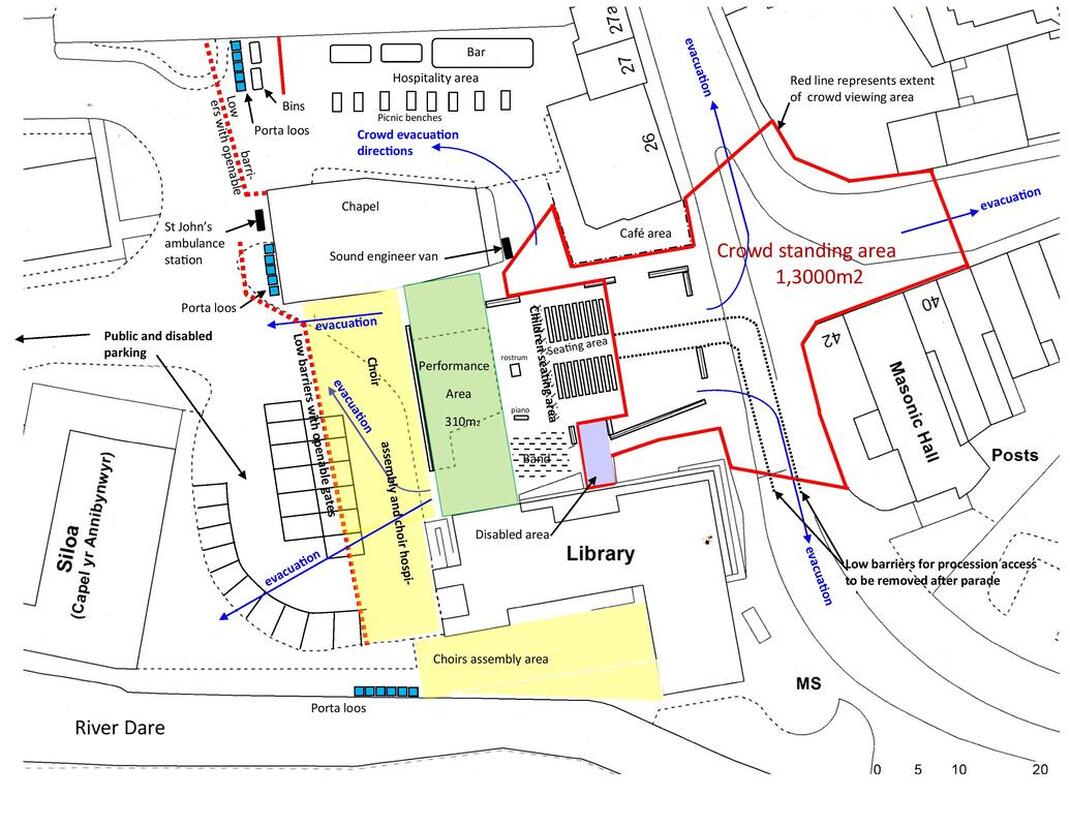 Following the Massed Performances, the individual choirs will then perform in turn at a series of locations throughout the town. Current locations include:
​
Parking

It is envisaged that choirs will park at the Rock Grounds Car Park, closure of the car park being required in any case due to the road closure for the procession and massed performance. The choir coaches will remain in situ until the close of the event at 17:00

It is envisaged that individual parking can be made available at Aberdare Community School, with additional parking remaining available at Gadlys, Crown Buildings, Nant Row & Duke Street
Refreshments & Facilities

Refreshments will be required for the participating choirs. It is envisaged that a hospitality area for this purpose will be arranged in Green Street car park. Similarly, while very much seeking to promote and support local traders, it is envisaged that some additional refreshment providers will be required for the festival. Based on the advice of the major events team, it is aspired that the festival will work together with local providers to create an outdoor food & drink area in the Library Car Park, with a limited licensed area encompassing Library Car Park, Green Street Car Park and Library Square. Lavatory facilities will also be required and supplied in the same area
UA-212272543-1